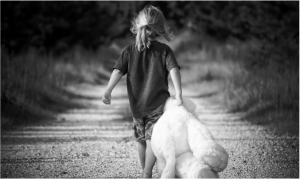 Cincinnati Children’s Hospital is on the cutting edge of many things, so it’s surprising to see them embrace treatments that were tried and found ineffective in the 1970s. It’s particularly surprising when the treatments leave the patient sterile for the rest of his or her life. Worse still to realize that the treatments are performed on children, that the doctors know full well what the outcome will be, and that they continue only because of political pressure. This is not a life-saving treatment. This is not an emergency operation. This is not a last resort.

I am referring to the practice of sex-reassignment surgery and the administration of puberty-delaying hormones to young children, intended to make that surgery easier.

And here’s the kicker. Studies show that 70-80% of children that express transgender feelings “spontaneously lost those feelings.” In other words, a large majority of children with this problem get better all on their own at some point.

And did I mention that this has been tried before? Way back in 1965 Johns Hopkins University began to perform these surgeries. After studying the outcomes, in 1979 they finally stopped mutilating people, saying “To say that this type of surgery cures psychiatric disturbance is incorrect. We now have objective evidence that there is no real difference in the transsexual’s adjustment to life in terms of jobs, educational attainment, marital adjustment and social stability,” and “that surgery is not a proper treatment for a psychiatric disorder, and it’s clear to me that these patients have severe psychological problems that don’t go away following surgery.”

Earlier this year, Cincinnati.com published a story that jerks all the heart strings in an attempt to make us feel sorry for transgender children who don’t get to be what they truly believe themselves to be. I do feel sorry for them. I feel for the fact that they are confused. But when my 2 year old declares that he is 5, the solution is not to send him to kindergarten. Here people will undoubtedly claim that I’m pushing children to commit suicide, and that hormones and surgery are the only thing that will help them. On the contrary, these things have already been tried and found to fail. The suicide rate for those who go through the surgery is 20 times higher than the normal population.

Cincinnati Children’s Hospital should be ashamed of offering false hope and cutting body parts off of a healthy body in an attempt to heal a sick mind. Later, when the mind is healed, as it often is, nothing they can do will restore the damaged body. Are they really prepared to look in the face of a young woman and say, “You can’t have children today because we decided to ignore what was best for you and let you be used as a pawn in a grand social experiment that had failed once already.”

The Bible says that God made man male and female. Sin and our fallen world mean that some men don’t feel like men. Likewise, some boys don’t want to grow up and be men. But the facts are incontrovertible. Cutting off body parts is not going to help.

Previous
God answered prayer today for leaders that seek…
Next
And Manic Pixie Dream Boys Shall Lead Them...
Loading Comments...