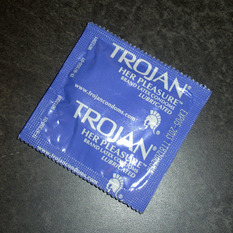 Somebody is trying to open a strip club in Cincinnati. Apparently there aren’t any at the moment, which is surprising to me. Assume for a second that a strip club does indeed open in Cincinnati. Does it really matter? After all, we already have a sex-obsessed culture, and pornography is available the way water should be—ubiquitous and free.

Can you think of any reason to oppose a strip club in your city?

If it was in your neighborhood, maybe you’d fight it for fear your property value would decline. “Not in my back yard.” When our money is on the line we Americans are pretty good at subtle thinking and reasoning out the consequences of an action. But say it wasn’t in your neighborhood, can you think of any reason to oppose it? If you were writing the laws of your city, would you make it illegal to open a strip joint?

“Why bother? You can’t legislate morality.” This is the common response, even among Christians. But it just isn’t true.

Yesterday, South Korea struck down its 1953 law criminalizing adultery. “They doubted that the law was still useful in preventing adultery.” Immediately, stock prices for condom and abortion pill manufacturers in South Korea shot up. Apparently we aren’t the only ones able to think more clearly when money is on the line. Legislating morality is what every law does. Regardless of how effective or ineffective it might be, that is the purpose of every law.

“Marriage is to be held in honor among all, and the marriage bed is to be undefiled; for fornicators and adulterers God will judge.” (Hebrews 13:4)

Previous
Pretty children that break after 14 years...
Next
Children who think the world revolves around…
Loading Comments...